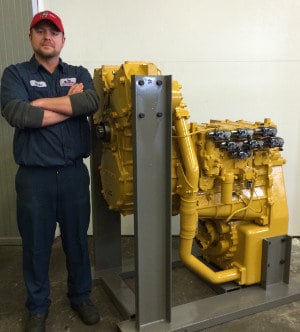 About Mike the Mechanic

About Mike the Mechanic

Mike Cullen, Centranz’s shop supervisor, knew from a young age he was meant to be a mechanic. “I’m a natural born mechanic, no doubt about it,” Mike says. Only he thought he’d be working on cars, not 100-ton machines.

Growing up, Mike’s parents owned Truman Road Auto. By the age of 10, he was routinely changing oil and repairing brakes. At Fort Osage High School, Mike attended Votech, finishing top of his class. Ellis Gorden, Centranz’s founder and CEO, recruited him out of high school. Mike was originally hired to disassemble and clean transmissions and act as shop custodian. It didn’t last. Within two months, Mike was rebuilding CLT 3461-1 Allison transmissions; he’d found his niche. In his 17-year career at Centranz, Mike has rebuilt more than 2,500 transmissions.

“I definitely enjoy this field more than cars,” Mike says, “especially working for a company like Centranz.” He says that Centranz is one of the few companies in the world that manufactures and repairs its own parts for off highway equipment. “Anybody can rebuild a transmission,” he says. “What we’re doing here is special.”

According to Ray Salva, who worked with Mike for 13 years as Centranz’s service manager, “(Mike) has a unique singlemindedness that enables him to finish things, seeing projects to their ultimate end with an eye toward minor details.” 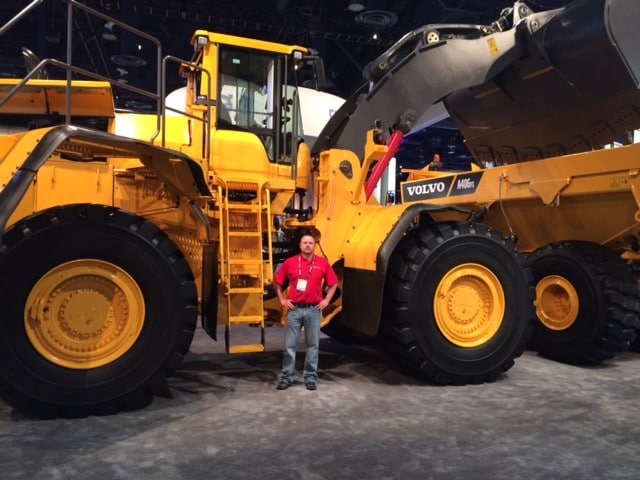 Mike is willing to do whatever it takes to keep the customer happy. “If something breaks down on the other side of the continent, so be it,” he says. “I’ll be there.” In late March, Mike will spend two weeks in a small town in southern Alaska rebuilding 2 ZF transmissions out of Terex articulated trucks.

Mike says that when equipment goes bust on a construction site, so can the bottom line. “Time is money,” Mike says. “These guys need it fixed, and they need it fixed now.” On multiple occasions, Mike has driven cross country within an hour of a phone call to fix something. “All I ask is that my expenses be recovered,” he says. “I’m not going to rob you for making me come to you in person.”

Ellis says that “Mike knows no bounds on time. He’ll work Sundays. Christmas is the only holiday Mike hasn’t worked.”

This website uses cookies to improve your experience while you navigate through the website. Out of these cookies, the cookies that are categorized as necessary are stored on your browser as they are essential for the working of basic functionalities of the website. We also use third-party cookies that help us analyze and understand how you use this website. These cookies will be stored in your browser only with your consent. You also have the option to opt-out of these cookies. But opting out of some of these cookies may have an effect on your browsing experience.
Necessary Always Enabled
Necessary cookies are absolutely essential for the website to function properly. This category only includes cookies that ensures basic functionalities and security features of the website. These cookies do not store any personal information.
Non-necessary
Any cookies that may not be particularly necessary for the website to function and is used specifically to collect user personal data via analytics, ads, other embedded contents are termed as non-necessary cookies. It is mandatory to procure user consent prior to running these cookies on your website.
SAVE & ACCEPT
Free freight one way on all components. *U.S. only. Call for details.
close
Toogle Down